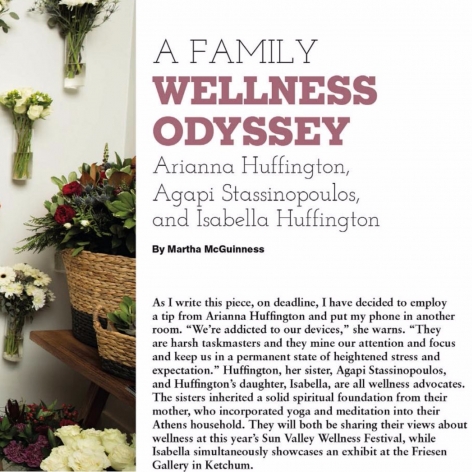 Arianna Huffington, her sister, Agapi Stassinopoulos, and Huffington's daughter, Isabella, are all wellness advocates. The sisters inherited a solid spiritual foundation from their mother, who incorporated yoga and meditation into their Athens household. They will both be sharing their views about welness at this year's Sun Valley Wellness Festival, while Isabella simultaneously showcases an exhibit at Friesen Gallery in Ketchum. . . 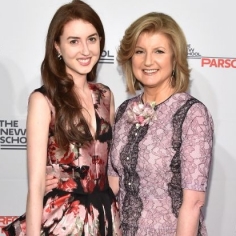 Not making time for sleep? Arianna Huffington says it's fuel for success. IDAHO STATESMAN23 MAY 2017 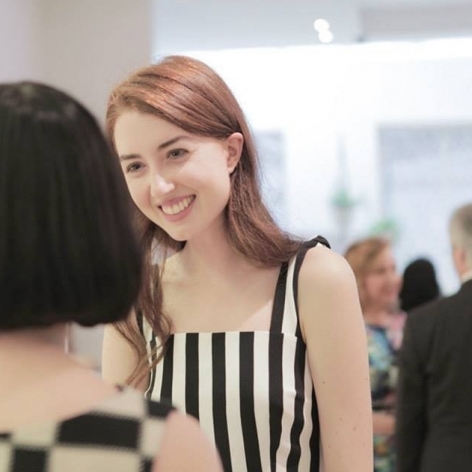 Isabella Huffington’s Tiny Beautiful Things are like looking at a kaleidoscope. From a distance they resemble colorful kaleidoscopes that appear to be abstract paintings or mixed media pieces made up of extremely detailed geometric patterns. When viewers zoom in up close, they resemble kaleidoscopes filled with exhausting repetitions of tiny pictures of everyday objects like Lincoln pennies and champagne bottles. 'You can get lost in them,' said Gallery Owner Andria Friesen. 'They’re evocative and exquisite.' . . . 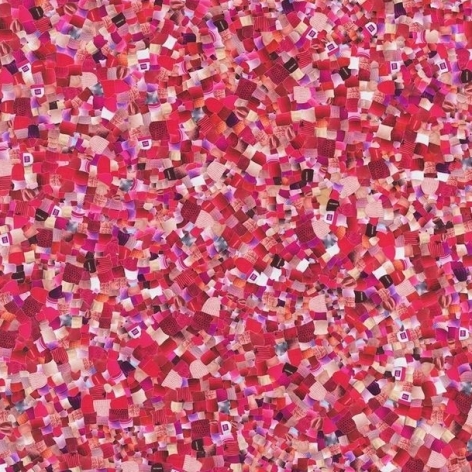 Like her media mogul mom Arianna, Isabella Huffington shares a passion for communicating. However, instead of revolutionizing the way we consume news, her preferred medium of breaking boundaries is collage art. 'For most people, the idea of doing an oil painting or a sculpture is very threatening, but the idea of doing collage is something we all did as kids,' says Huffington, who describes her process as 'collapsing the boundaries of fine art and the everyday.' This spring also marks two other milestones for the young artist: Her first solo shows. On May 3, her exhibit entitled Women in Politics opens at Lower East gallery Anastasia Photo, and in June her more signature works, which she calls 'bright and happy pieces,' go on display at the gallery connected to Rebecca Minkoff's LA store. . .