About 13.8 billion years ago, our universe began. That moment, is known as The Big Bang. The Universe experienced a sudden burst of rapid expansion an instant after the Big Bang blowing up from an infinitesimally small speck to one spanning a quarter of a billion light-years in a mere fraction of a second. In that fraction of a second, the universe was extremely hot and dense. As the universe cooled, conditions became just right to give rise to the building blocks of matter – the quarks and electrons of which we are all made. A few millionths of a second later, quarks aggregated to produce protons and neutrons. Within minutes, these protons and neutrons combined into nuclei. They represent the building blocks from which all else is made. I have IMAGINED what those particles look like.
– DENNIS EVANS 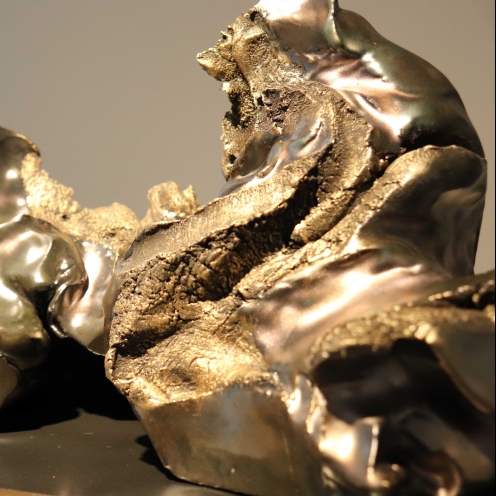