Born in Yakima, Washington in 1946, Dennis studied Chemistry at the University of Washington in Seattle. He then studied and earned a BFA in Ceramics and an MFA in Design from the University of Washington. His artwork is included in many major museums and public corporation collections, including the Museum of Modern Art and the Metropolitan Museum of Art in New York City. Evans was also selected for the 1978 Whitney Biennial exhibition in New York. He has worked as a teacher and mentor to many young artists and as a set designer for numerous Seattle theater productions. Evans is also a book and print publisher, publishing five limited edition suites of prints in collaboration with poets and other artists. He has worked as a performance and installation artist as well as a painter. He lives in Seattle, Washington, working in oil on wax encaustic with mixed media. He specializes in topics of arcane interest. 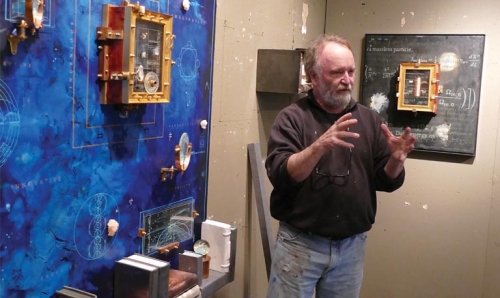 Planck scale, the regime where lengths are 10−35 meters, times are 10−44 seconds, and energies are 1019 GeV. These scales are characteristic of the initial moments of the big bang.

About 13.8 billion years ago, our universe began. That moment, is known as The Big Bang. The Universe experienced a sudden burst of rapid expansion an instant after the Big Bang blowing up from an infinitesimally small speck to one spanning a quarter of a billion light-years in a mere fraction of a second. In that fraction of a second, the universe was extremely hot and dense. As the universe cooled, conditions became just right to give rise to the building blocks of matter – the quarks and electrons of which we are all made. A few millionths of a second later, quarks aggregated to produce protons and neutrons. Within minutes, these protons and neutrons combined into nuclei. They represent the building blocks from which all else is made. I have IMAGINED what those particles look like.
– DENNIS EVANS 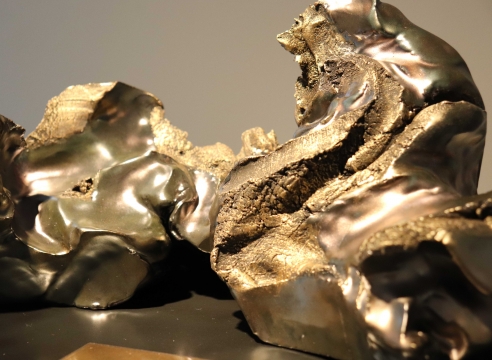 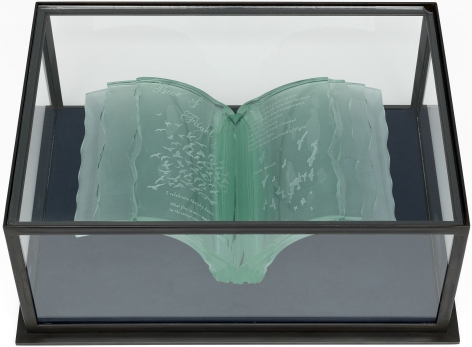 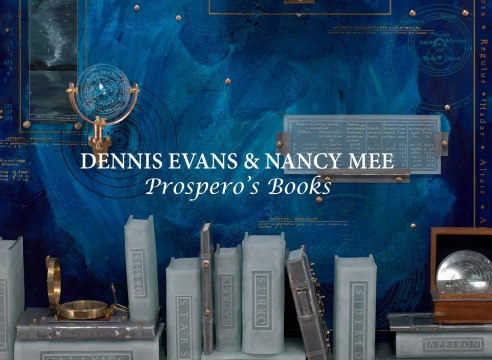 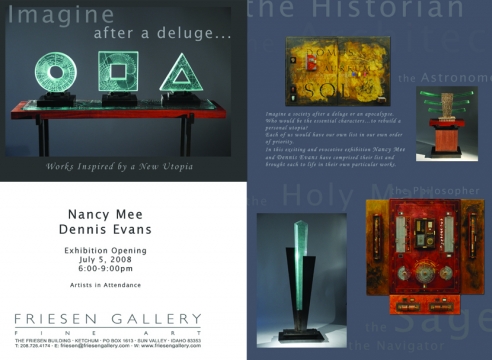